A short while ago some of us went to visit the infamous Building 16C at Castle Sonnenstein in Pirna, just a few kilomitres from our own Castle Roerhsdorf. We took a video camera, some recording equipment and shot some footage there of Sarah Brendel and band performing her song ‘Speak Out”.

We think the song and the video speaks volumes. The facility is now the memorial site of one of the worst Nazi crimes in the state of Saxony. In 1940 and 1941, the facility was used to exterminate around 15,000 people. Sonnestein’s euthanasia programs marked the entrance into a new era of mass killings in the Nazi policies. Most victims were sufferers of psychological and mental disorders. Also included were inmates from concentration camps. 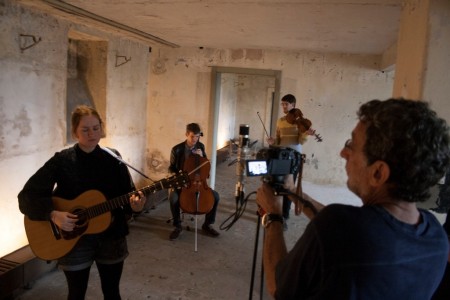